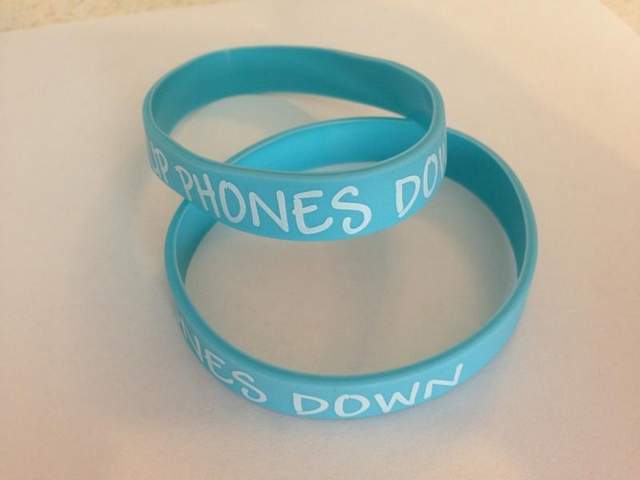 Heads Up, Phones Down

Brandon La Forest became a “1 percenter” in a way that no one seeks but he has accepted.

La Forest, 31, of Bruce Township, was critically injured in a Lansing car crash in October 2010, after which doctors said there was a 99 percent chance he would never be able to walk or take care of himself again. He suffered a major head injury.

“All the doctors said he probably wouldn’t wake up, and if he did, he would be a vegetable,” said his younger sister, Jennifer.

In a single, excruciating moment, everything that defined Brandon would be smashed, destroyed, wrecked, much like the Chrysler Sebring he was driving that day.

I recently had the opportunity to speak to students at Baker College in early November of 2012. I spoke to them about my brain injury and how I did not let anyone tell me I could not do something. My presentation went something like this.

LANSING - A man remains in critical condition Tuesday afternoon following a morning accident along I-96 south of Lansing. 5 people in all had to be taken to the hospital. Michigan State Police say a 27-year-old man from Sterling Heights is critically injured.
Read More

In October 2010, Brandon La Forest, a 29-year-old Macomb County resident, suffered a traumatic brain injury from which many medical professionals doubted he could recover. But two years after the incident he is well on his way to recovery thanks to sheer determination, an iron will and intensive therapy and rehabilitation.

In a single, excruciating moment, everything that defined Brandon would be smashed, destroyed, wrecked, much like the Chrysler Sebring he was driving that day. Much like his body.

When Michigan resident Brandon La Forest was hit by a distracted driver in 2010, doctors said it was unlikely he would survive. He had suffered what medics called the worst brain and head injury possible. Despite those odds, Brandon persevered, and, following many painful years of recovery, now campaigns against distracted driving. Here, Brandon shares his story with DriversEd.com as a warning to others.
Oct. 5, 2010 started off just like any other day for Brandon La Forest. He woke up a little early, had a meeting at the office and was on his way to an appointment in Lansing. But just outside the city, while La Forest stopped to avoid an accident that had just happened in front of him, his life changed forever.

Brandon La Forest was interviewed on the Saturday Warren Peirce Show about his brain injury and his recovery. Listen in to the interview below...